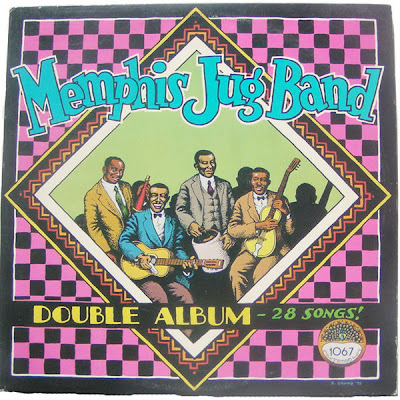 R. Crumb cover - Memphis Jug Band Album (Yazoo)
Okay, I uploaded a new song to my website music player. This Hokum Scorchers' song is a version of "What's the Matter"originally done by the Memphis Jug Band in 1929. Lou Reimuller is playing the National guitar, kazoo and vocals and I am on the washboard, kazoo and vocals. We recorded this in 1990 for our first Hokum Scorcher's album.
LINK
(To hear song, follow link and scroll down for music player)
The Art of Amy Crehore
(These songs change every Sunday night.)
Posted by Amy Crehore at 7:04 PM