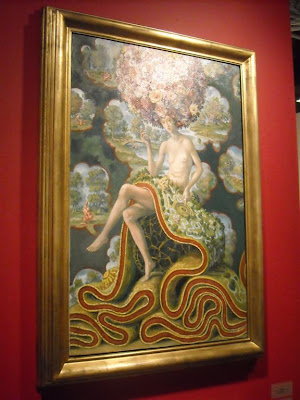 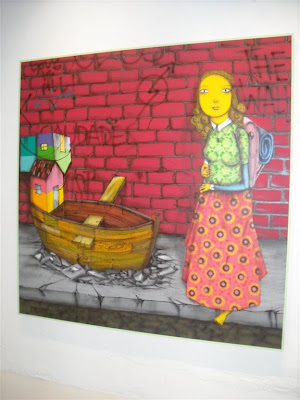 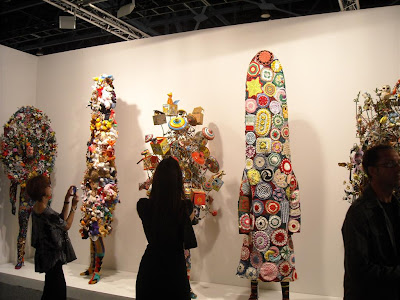 Nick Cave
If I had gone to Art Basel Miami this year, I would have been interested in seeing these works: Julie Heffernan's paintings, an Os Gemeos' mural and Nick Cave's soundsuits (shown above).
I am also intrigued with Hernan Bas' paintings lately. He will have a show at Galerie Emmanuel Perrotin called "Considering Henry" opening in January 9, 2010 in Paris. Follow this link to view some of his images: LINK
He is actually from Miami and had a couple of shows in New York in 2009 including one at the Brooklyn Museum.
I chose to not participate in the Miami art fairs this year, although I was kindly invited to paint something for the Aqua fair. I flew back east to visit my family instead. Luckily, there are tons of photos of the artworks here: flickr.
The Art of Amy Crehore
Posted by Amy Crehore at 10:19 AM

Those statues are called Sound Suits right? The last photo?