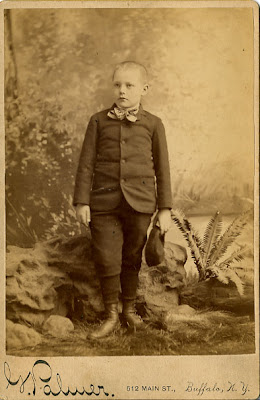 Stanley Forde as a kid in Buffalo (I think) 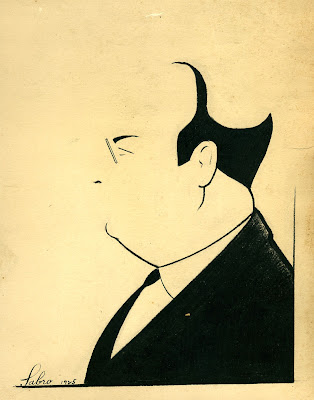 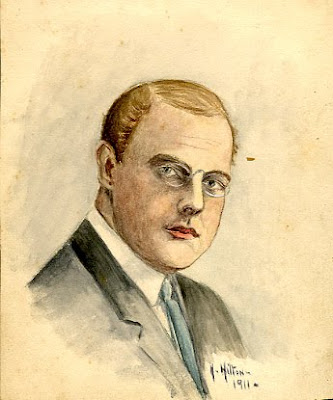 Small watercolor by H. Hilton 1911 of Stanley Forde
(probably painted by Mrs. Helen Hilton Story during his affair with her)

Stanley Forde, baritone 1878-1929
I am playing history detective with a box of crumbled old clippings and fragile photos that my grandmother had saved. Above is a photo of my great, great uncle Stanley Forde who stood 6ft 2 inches (without the top hat). He was an actor and singer on Broadway between 1909 and 1927. The plays that he appeared in are listed here: Broadway
He also appeared in a B&W silent film called "The Great White Way". Upon researching this film, I found that it was a comedy/romance from 1924 produced by Cosmopolitan Productions. It "includes brief appearances by several prominent newspapermen, cartoonists and society figures of this period: Winsor McCay, George McManus, Billy DeBeck and Harry Hershfield, Tex Rickard, Arthur Brisbane, Nell Brinkley, Bugs Baer, Irvin S. Cobb, Damon Runyon. Also Oscar Shaw, actor, and Pete Hartley, boxer." LINK to more about this film.
I found a number of stills from this film in the box amongst yellowed newspaper clippings and other physical evidence of Stanley Forde and his career. He married Mrs. Helen Hilton Story in 1912, after a scandalous affair with her at the Jersey shore (an affair which ended up in the Supreme Court). She was "an heir to millions" according to the newspaper article: the granddaughter of Judge Henry Hilton. It seems they travelled back and forth to London for a few years, but I'm not sure that the marriage lasted. I am starting to scan and archive some of the puzzle pieces of Stanley's life onto a set on flickr, including the film stills from "The Great White Way". Stanley Forde died at the age of 51 in NYC.
It's fun playing history detective. Here is the link to my flickr set about Stanley:
Stanley Forde
The Art of Amy Crehore
P.S. For anyone who is following my blog: Stanley Forde's family was in the 1890 Camping photos that I posted earlier. The photos that boingboing so kindly blogged about.(Thanks, Mark)
Posted by Amy Crehore at 8:15 AM

I have been enjoying your family photos! It is great your grandmother saved them and thought enough to give them to you.

My mother gave them to me after she went through the box and took out the main photos. (After my grandmother died.) It's a box of crumpled old yellow scraps really, but the computer brings them back to life. It is all disintegrating fast, so I am scanning some of it.
These are people we never really knew, but my grandmother grew up with. We heard stories. I am trying to piece it all together for fun now.

OK, according to published databases from about 5 years back, this film is not on deposit at any major archive At least it wasn't. That may have changed (unlikely but possible). It is an MGM film (actually Metro-Goldwyn) with Cosmopolitan tags. If it is on deposit anywhere, it may be at George Eastman House or Library of Congress.
I'm wondering if he's any relation to Hal Forde from the same film, and that makes me wonder if they're both related to British comedian/producer Walter Forde. That might lead you to the British Film Institute. That narrows you down to 3 archives, and gives you some other entertainers to search for. Gotta say, I've seen Walter Forde in some films and I kinda think there may be a resemblance.