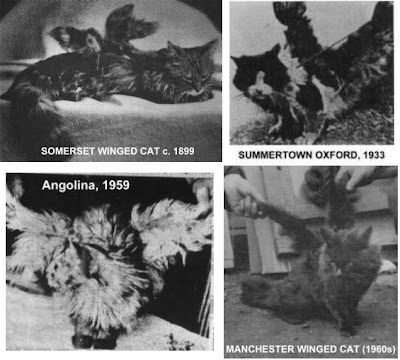 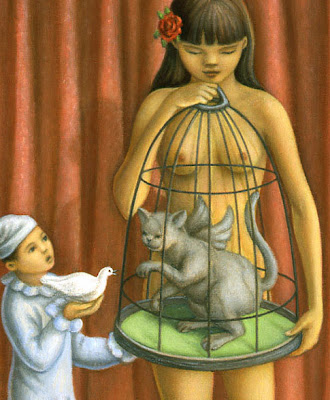 Detail of my painting of a winged cat, called "The Caged Wonder".
Had no idea it was a reality when I painted it. I was
making a few puns here, one being a "catbird". 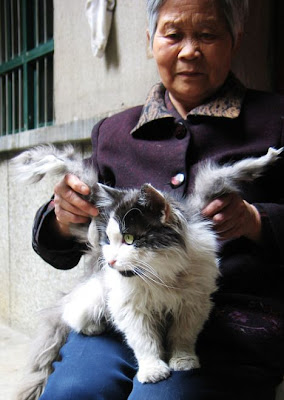 Boing Boing featured this picture today and the headline:
"Winged cats discovered in western China" ...it goes on to read:
'Winged cats have been known to exist since the 19th century, but only a handful of people have actually seen—let alone owned—one. This woman in Sichuan province watched as her beloved kitty grew angel wings on his back last summer after a bunch of female cats tried to mate with him. "Many female cats in heat came to harass him, and then the wings started to grow," she said.' Link