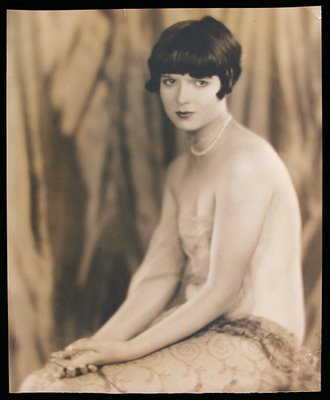 "Lulu" could not stand fake people. She fled Hollywood. She was too real. And, she was cool!
The American silent-film actress Louise Brooks (1906-1985) is one of the great female icons in the history of the cinema. Celebrating the 100th anniversary of her birth, The International Center of Photography in NYC will have an exhibit of Louise Brooks images from the George Eastman House archives, Jan 19-April 29th, 2007.
Louise Brooks and the "New Woman" in Weimar Cinema
The Art of Amy Crehore
Posted by Amy Crehore at 9:07 AM