Actual film footage of Degas, plus sketches that look like the Tramp.

Here's a film of Edgar Degas walking down a Paris Street with a woman in 1914.
One of Degas' sketchbooks (dated 1880) can be found on the Morgan Library website. Shown below is a page from the sketchbook showing sketches that almost look like costume designs for Charlie Chaplin's Tramp character (which was created in 1914). Interesting. I wonder if Chaplin could have seen this book. I also wonder if Degas could have seen Chaplin's film in 1914 even though his eyesite was terrible at the time. 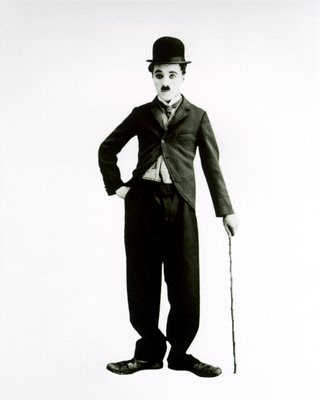