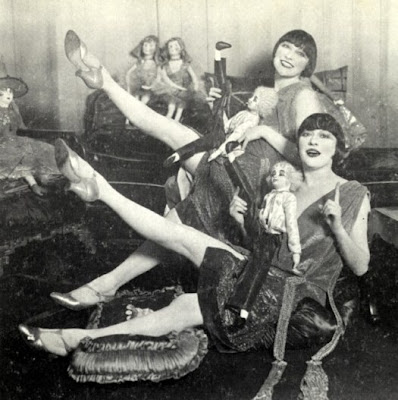 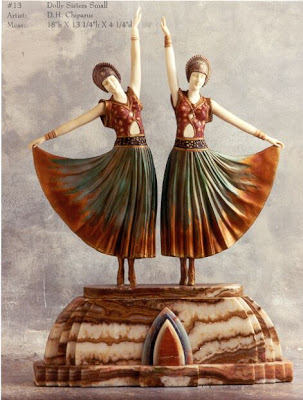 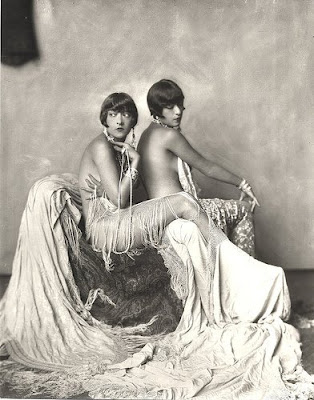 Who were the Dolly Sisters? "The Dolly Sisters, twins Rosika (Rose) and Jansci (Jenny) Deutsch, were born in 1892 in Hungary and emigrated to the U.S. in 1905. They perfected a single-sex "tandem" dance act - practicing in front of mirrors - under the name of 'The Dolly Sisters' they began earning money in beer halls as early as 1907. Barred for being under age by the NYC stage, they toured the Orpheum circuit until 1909 when they debuted on the Keith vaudville circuit till 1911 when they signed with the Ziegfeld Follies for two seasons.
In addition to making about a half dozen films from 1913 to 1920, they toured the theatres and dance halls of Europe." Wikipedia
Confetta has a nice set of Dolly Sisters photos on flickr .
As you can see, the Dolly Sisters inspired some art deco figurines.
The Art of Amy Crehore
Posted by Amy Crehore at 1:33 PM

THANKS for helping me get the word out on the FABULOUS DOLLY SISTERS!

I posted the set on Flickr for my tribute page to them on Squidoo!