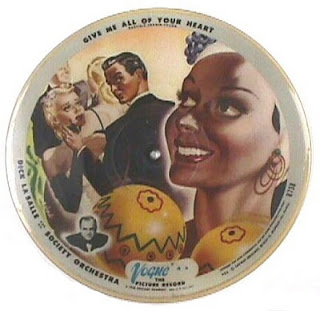 Dick La Salle and His Society Orchestra, "Give Me all of Your Heart". 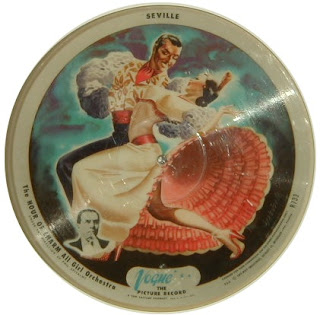 The Hour of Charm All-Girl Orchestra, "Seville"
Produced by Sav-Way Industries of Detroit, Vogue Picture Records were released to the public in May 1946. Production ceased less than a year later in April 1947. They were mostly 10" 78 RPM records, but there were also a few 12" records produced. See more examples of these funky, illustrated records at The Association of Vogue Picture Record Collectors
Posted by Amy Crehore at 7:49 PM