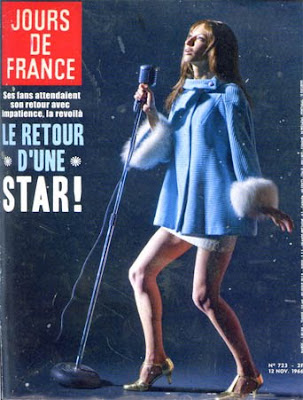 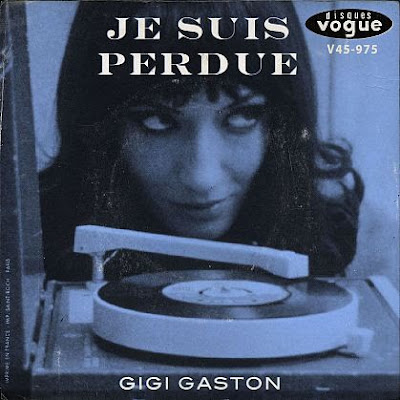 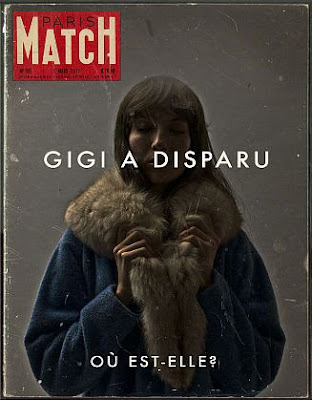 (All images above by Josh Gosfield)
Who is Gigi Gaston? A mysterious French pop star from the 60's who disappeared without a trace. She is also the subject of a gallery show in NYC which closes in a couple of days. I just got wind of Gigi yesterday. Her creator is none other than the wonderful artist Josh Gosfield who somehow managed to invent and "nail" this female character from the 60's by producing a collection of bogus, yet authentically-vintage-looking, tabloid newspaper clippings, magazine covers, paper dolls, rock posters, album covers, music video and even a film trailer. There is a review of the show by Ben Davis ("Lost in Time") on ArtNet .
GIGI, THE BLACK FLOWER, an exhibit by Josh Gosfield at Steven Kasher Gallery, October 22 to November 25, 2009. 521 W. 23rd St., New York, NY 10011.
Je Suis Perdue :watch the music video with Gigi's hit song ("I Am Lost")
Gigi Trailer is the key to understanding the life of Gigi Gaston (it brings to mind that clever and crafty Woody Allen film, "Zelig")
Gigi Exhibit images at Steven Kasher Gallery, NYC
Josh Gosfield's Mighty House of Pictures Website
I may be a new Gigi fan, but I have been a long-time fan of Josh Gosfield's art. What could be more fun or more hokum than this gallery show? I'm just sorry that I can't see it in person. But, at least we have the internet.
The Art of Amy Crehore
Posted by Amy Crehore at 8:36 AM

Amy, thank you so much for the kind words and the post.
I guess we are in just a plain old mutual fan club because I love your work too.
xo
Josh