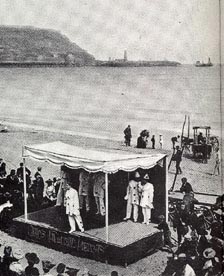 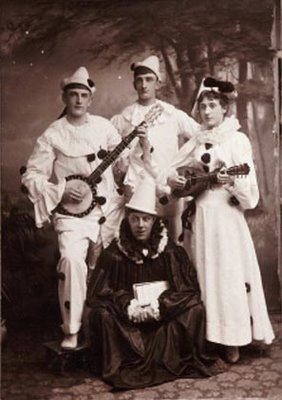 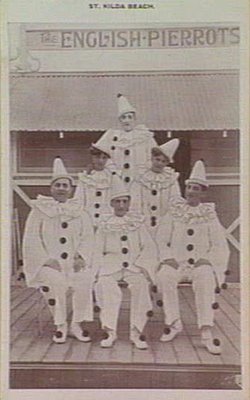 "Pierrot groups first appeared in Britain’s coastal resorts during the 1890s after being instituted by a singer and banjoist, Clifford Essex. He established the first pierrot group after a visit to France in 1891, having been struck with the appearance of traditional pierrots of French pantomime. They became an established feature of seaside entertainment until the Second World War. Each troupe occupied its own pitch and performed on a portable wooden stage, usually erected directly on the beach.", Tate Papers Spring 2006
(read more about pierrots in art).
More English Seaside Images
The Art of Amy Crehore
Posted by Amy Crehore at 6:39 AM