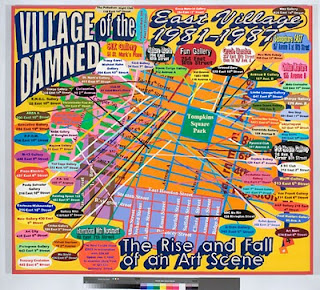 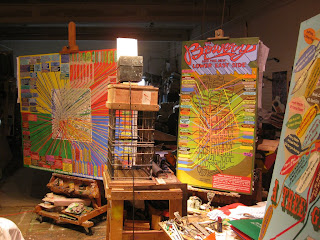 Photo of Loren Munks's paintings in progress in his studio from Anaba blog
Some paintings take time to complete. Sometimes they take 3 years. Ask Balthus. Such is the case for Loren Munk's colorful and complicated paintings that document and map the history of the New York art scene. Roberta Smith's great review in the NY Times described one large piece as "a telephone switchboard run amok". I like these paintings and I like Loren. Loren Munk is also known as James Kalm (the guy on the bike) who makes little films of art shows in NYC. He may not remember me, but he was kind enough to interview and film me outside of my Brooklyn show at Ad Hoc Gallery in the summer of 2008. Here's a link to that video.
You can see Loren Munk's paintings through
Oct. 16th at Lesley Heller Workspace, 54 Orchard St., NYC.
Loren Munk's Website

The Art of Amy Crehore
Posted by Amy Crehore at 11:29 AM No comments: 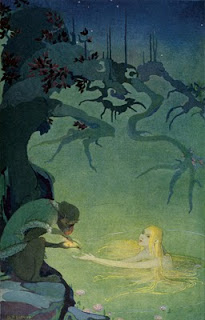 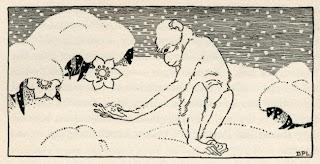 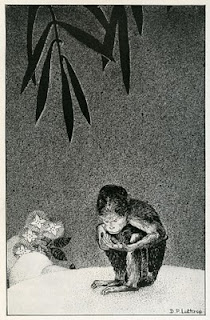 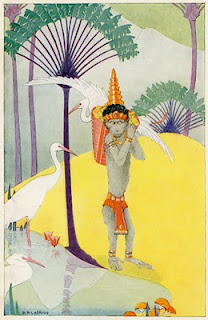 50 Watts blog posted some nice images of monkeys that caught my eye by illustrator Dorothy P. Lathrop for the book "Three Mulla-Muggers" by Walter de la Mare (a.k.a. "Three Royal Monkeys"). LINK: 50 Watts. Also, archive.org has the full book online (published in 1919). It looks like Dorothy P. Lathrop was prolific. More about her and a list of books at wikipedia. "Three Mulla-Muggers" was her first illustrated book. I like her combination of techniques which reflect design trends of the period. The monkeys have human qualities and you know I like that, too.
The Art of Amy Crehore
Posted by Amy Crehore at 9:09 AM No comments:

Posted by Amy Crehore at 6:36 PM No comments: 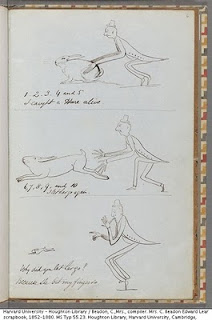 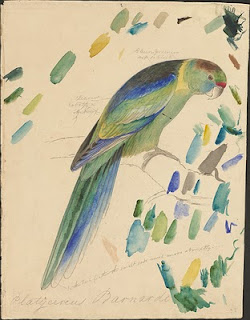 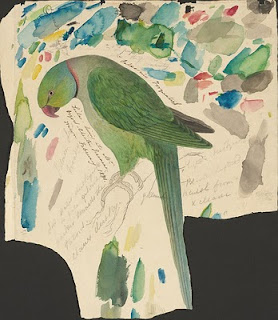 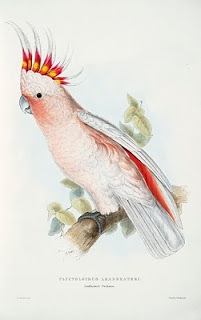 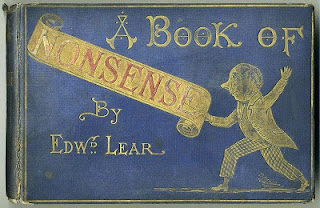 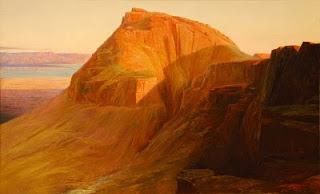 It's been a while since I blogged about Edward Lear, one of my favorite artists. BibliOdyssey recently blogged about Edward Lear's sketches for his Parrot Book, a project he worked on in his teens while he was employed by the Zoological Society in London. It was published around 1832 when he was only 20 years old. He's the same Edward Lear who illustrated "A Book of Nonsense" (1846, book of  limericks) and "The Owl and the Pussycat" (1867). And he's the very same Lear who painted the serious landscape above (Masada on the Dead Sea 1958). Read a summary of Edward Lear's life (1812-1888) HERE.
The fact that he "did it all" (fine art, illustration, cartooning) does not surprise me. Many of the great artists in art history did exactly that.
The Houghton Library at Harvard University has started digitizing some of the Edward Lear manuscripts in their collection such as the Mrs. C. Beadon Edward Lear Scrapbook (top photo). LINKS HERE: Blog of Bosh 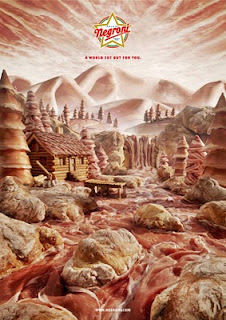 I saw this on boingboing and it's pretty fascinating. Advertising photographer Carl Warner makes fantasy landscapes (like the one above) from real food. Full story and pictures on For My Hour .
Posted by Amy Crehore at 9:00 AM No comments: 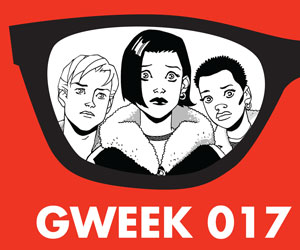 Gweek is Boing Boing's podcast about comic books, science fiction and fantasy, video games, board games, tools, gadgets, apps and other neat stuff.
This week, Mark Frauenfelder interviews David Hahn, creator of of the comic book, All Nighter, published by Image Comics. David has also drawn for Marvel, DC, and Dark Horse.
The episode closes with another song by The Hokum Scorchers, a duo consisting of artist Amy Crehore and guitar maker Lou Reimuller. The song is called “I Got Your Ice Cold NuGrape" from 1926. (P.S. Here's the history of the NuGrape Song from a previous blog post!)
Link to Gweek:
GWEEK 017


The Art of Amy Crehore
Posted by Amy Crehore at 3:06 PM No comments: 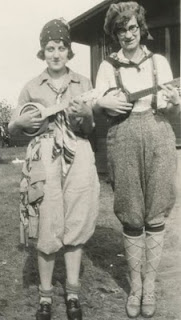 Photo of the Day- Gals with banjoleles.
Thanks again, Vintage Ukulele Bangkok