Working on something new 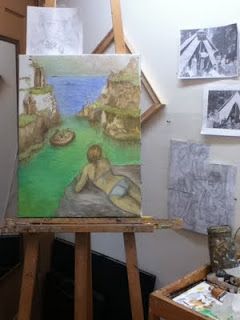 Photo of the Day- Man with Pet Owls 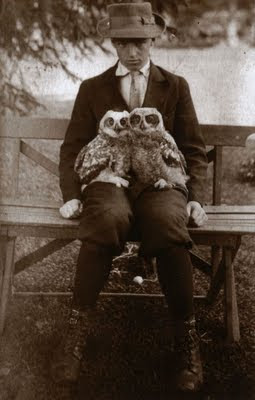 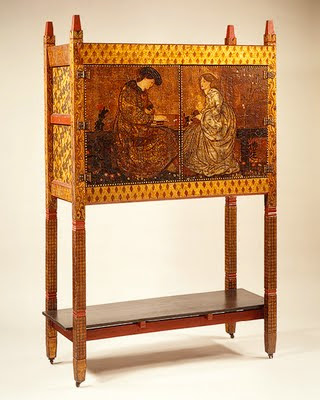 Painted pine, oil paint on leather, brass, copper, 1861.
"This early masterpiece of the Arts and Crafts movement exemplifies the collaborative endeavors of William Morris and his circle to improve design standards. Morris believed that a return to the principles of medieval production, with fine artists creating functional objects, would help overcome the evils of industrialization. This cabinet, one of several in which Morris enlisted the participation of Sir Edward Burne-Jones, is an attempt to erase the distinction between the fine and the applied arts. The painting on leather with a punched background is itself a craftsman's medium. Although the cabinet is usually described as in the "medieval style," it is actually a vivid example of the ability of the Morris firm to convert the eclecticism that marked much art of the late nineteenth century into an original and modern style. Although Burne-Jones' painted figures are in medieval costume, much of the decoration is equally Oriental in inspiration. Philip Webb's straightforward design, however, which boldly displays the casework skeleton on the exterior, anticipated the emphasis on structural elements that would inform the design revolution of the next century." source: MET Museum
Posted by Amy Crehore at 11:25 AM No comments:


Thanks, Rick Morris facebook
Posted by Amy Crehore at 9:13 AM 2 comments:

Camping in 1890 (from my family archive) 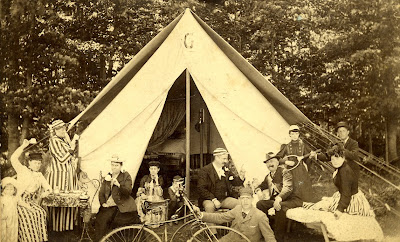 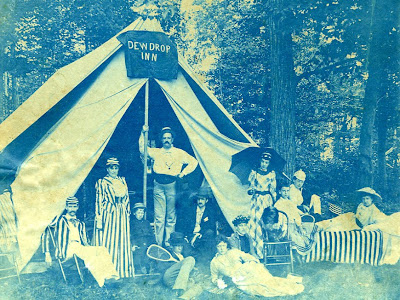 "Dew Drop Inn" 1890 (family photo, Amy Crehore)
PLEASE CLICK ON PHOTOS TO ENLARGE
Ever wonder what it was like to go camping with the whole family in 1890? Stripes must have been "in" at the "Dew Drop Inn". See the girl playing her tennis racket like a guitar in the top photo? I found these two gems in a box of ancient family photos. I am related to some of these people. (Photos were taken in 1890 and 1891.)
The Art of Amy Crehore


'A montage of Erwin Blumenfeld's experimental beauty films. The series of shorts, titled "Beauty in Motion," were shot between 1958 and 1964 and pitched to clients including Estée Lauder and Helena Rubinstein. Originally a Dada artist, Blumenfeld began working for Vogue and Harper’s Bazaar in the late 30s.' LINK (nowness.com)
Posted by Amy Crehore at 2:04 PM No comments:


Swing Time 1936- Bojangles of Harlem
starring genius Fred Astaire
Here's a link to a longer version
Thanks, Angyl!
Posted by Amy Crehore at 8:10 AM No comments: