They Found "The Cardboard Lover" 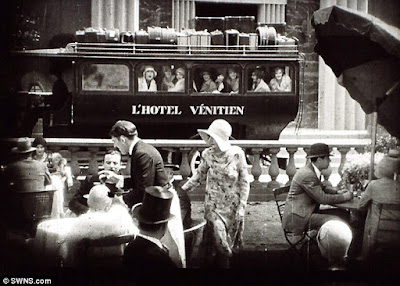 Mike Grant and his daughter Rachael found a trove of old silent films at a recycling center in Devon.
They mostly date from 1909 to 1913, but include a rare one called "The Cardboard Lover" from 1928. Just the title alone is a gem (although they only found one reel of the film, there are only two copies in the world).
Another one (from France) called "Jane is Unwilling to Work" sounds promising.
Read the story here: LINK