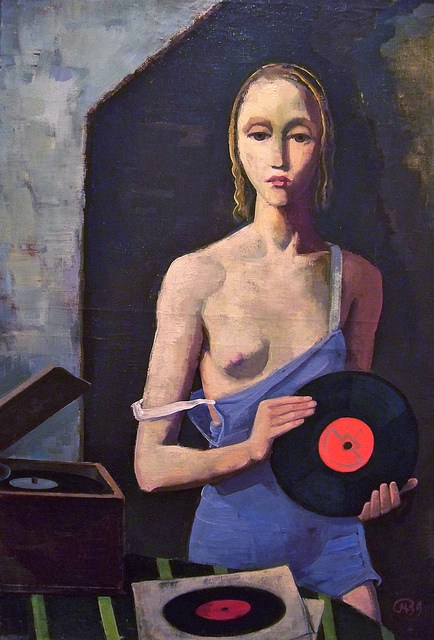 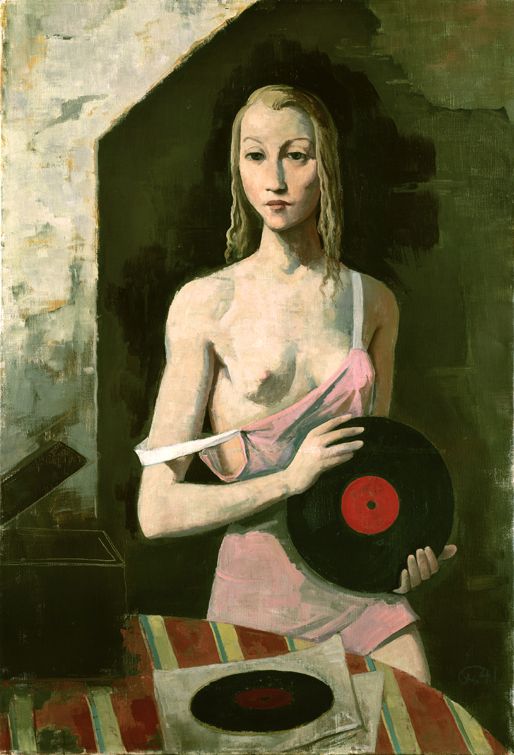 German expressionist painter Karl Hofer painted two versions of "The Record Player" in 1939 (shown above). He was labeled a degenerate artist by the Nazis, but regained recognition after the war as one of the greatest German painters.
I love this image and the idea of the record player having a double meaning.
The second one may actually have been painted two years later according to one source. Not sure. In any case, it was during the war and the sad, frozen faces seem to reflect that.
Wondering if Margaret Keane saw these and he influenced her.

The top picture is at the Nelson-Atkins in Kansas City, Mo.
Do you know where the other one is?