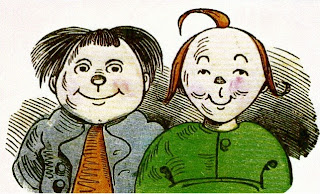 Max and Moritz (A Story of Seven Boyish Pranks)
Wilhelm Busch was a German painter and poet, best known for his drawings and funny verse. His sketches with verse for weekly magazines are considered precursors of the comic strip. He really wanted to be a great painter like the Flemish master painters and indeed he did execute 1,000 oil paintings over the course of his life, living like a hermit.
But by 1910 (2 years after his death), half a million copies of his Max and Moritz from 1865, a black comedy children's story about himself and a real life friend, were printed in German.
The book was the forerunner of the Katzenjammer Kids and is still popular today in Germany, Austria and Switzerland.
LINK 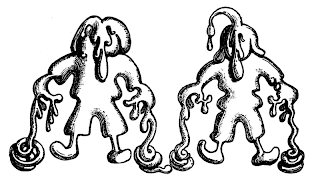 Read this book online.
(Thanks, Suzanne G for reminder)
Posted by Amy Crehore at 8:57 AM