myspace: been there, done that

I'm cancelling my myspace account. Anyone who was my friend at myspace who would like to be on my emailing list please contact me here: amy@amycrehore.com
Or anyone else, for that matter, who would like to get my news updates via email.
I gave myspace a good ol' try since last February, but I am much happier spending my time writing this blog.
The Art of Amy Crehore
Posted by Amy Crehore at 9:04 AM No comments: 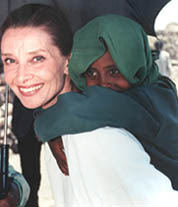 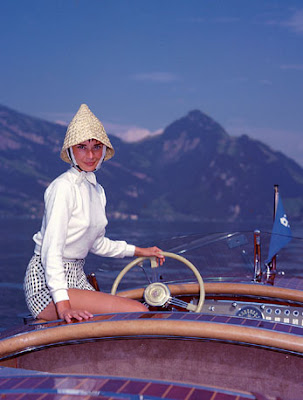 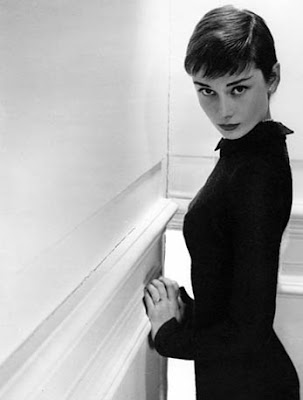 Photo by Anthony Beauchamp 1950
It's hard to say when Audrey Hepburn "peaked".
She had some perky peaks and pointed peaks. This gal was all about style. Whether it was starring in a film or doing charity work for Unicef, Audrey could do no wrong. She had class, humor and strong values. Too bad her life was so short. I'm sure she would have accomplished even more and grown even more beautiful as the years went by. This is my little tribute to that rare gem with the unforgettable eyebrows and photogenic face, a designer's dream girl:
Audrey Hepburn
Now, why can't we have more Audreys and Louise Brooks girls? I'm tired of hardcore tacky.
The Art of Amy Crehore
Posted by Amy Crehore at 8:15 AM No comments:

Click on Images to Enlarge
(photos copyright Kahn&Selesnick)
"Richard Selesnick and Nicholas Kahn have been collaborating as Kahn/Selesnick since 1988 on a series of complex narrative photo-novellas and sculptural installations.... they found that shooting a 360 degree panorama could create a truer, more cinematic sense of the place, while their manipulation of costume, props and period color would help them alter the sense of time. " -from their bio
They have a new great website that you will have to check out for yourself.
The lovely surrealistic creations of:
Kahn and Selesnick
The Art of Amy Crehore
Posted by Amy Crehore at 8:20 PM No comments:

In the Hokum Spirit - CRANKbait! 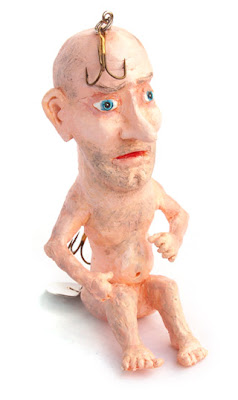 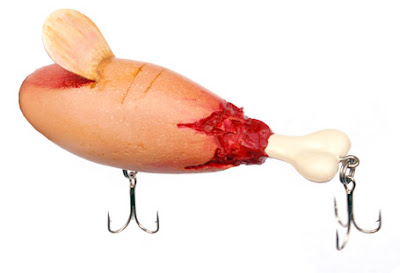 Lure Sculpture by David Krys
If you haven't seen the CRANKbait! exhibit you are missing out.
Finkbuilt Gallery has an unusual assortment of lures still available to collectors.
Read all about the 16 wacky artists who created them:
CRANKbait!
The Art of Amy Crehore
Posted by Amy Crehore at 8:57 PM No comments: 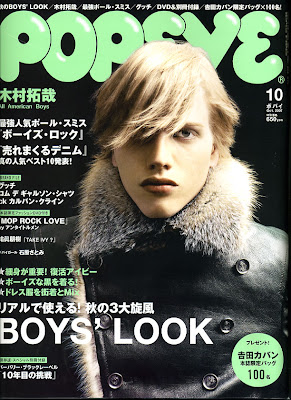 Click on image to enlarge
Hey, check it out! Lou Reimuller and Teenar are in this month's Popeye Magazine, a very fashionable men/boys magazine from Japan. Funny! By the way, Teenar has a whole new updated outfit, but I'm not allowed to show it yet. Stay tuned.
The Art of Amy Crehore
Posted by Amy Crehore at 7:27 AM No comments: 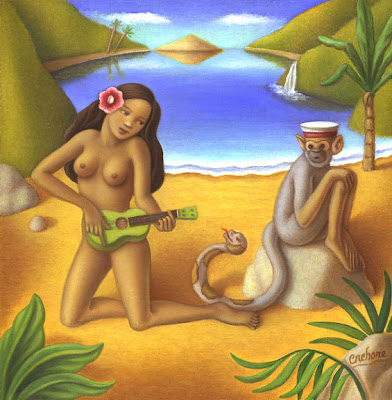 The Strummer copyright 2006 Amy Crehore
It looks like a band called Ape Fight likes my art a lot ...they blogged about it here. They are "6 Dudes from Jersey City NJ". Did they know I'm from N.J. ? They recently blogged my "Strummer" painting from last year's Blab show. Thanks, Ape Fight! I'm working on a painting with a chick, monkey and guitar (I don't just do ukuleles) as we speak.
The Art of Amy Crehore
Posted by Amy Crehore at 7:54 AM 1 comment: 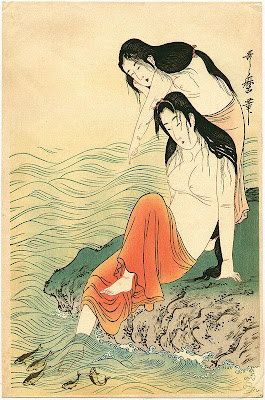 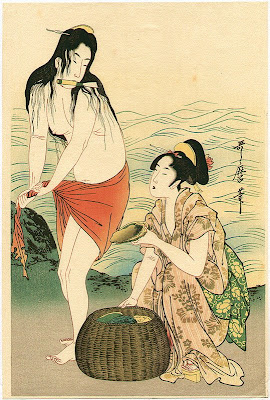 Utamaro Kitagawa 1750-1806 Abalone Divers series
I like these finely detailed narrative prints of women that I found here:
Japonisme
It looks like Fine Arts Museums of San Francisco has 66 works by Utamaro Kitagawa !
"Kitagawa Utamaro was a Japanese printmaker and painter, and is considered one of the greatest artists of woodblock prints. He is known especially for his masterfully composed studies of women, known as bijinga." link
The Art of Amy Crehore
Click on "Vote for me" if you like this blog. Thanks!
Posted by Amy Crehore at 7:23 AM No comments: