Gerda and her husband Lili 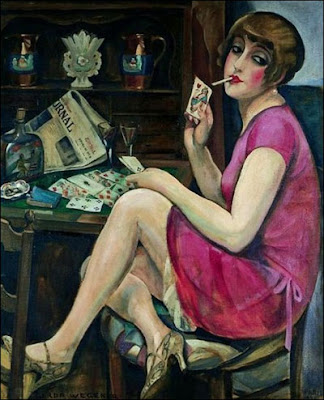 Painting by Gerda of her husband. 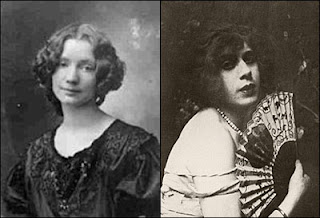 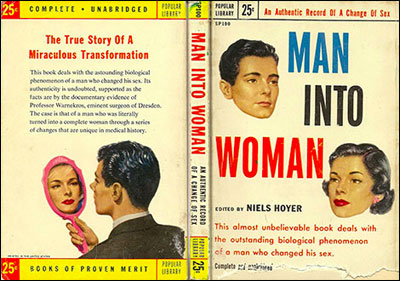 Read the intriguing story of art deco painter/illustrator Gerda Wegener and her husband Einar Wegener (a.k.a.Lili Elbe) who was also an accomplished painter (he did landscapes). They married young and moved from Copenhagen to Paris in 1912. He used to pose for his wife's paintings- dressed as a woman (above). A little later, he was one of the first people to have sex re-assignment surgery (his autobiography was published in the 1950's-book shown above). Coilhouse has the story along with some examples of Gerda's whimsically erotic illustrations. The ending is a sad one, unfortunately. LINK
A movie called "The Danish Girl" is being made with Nicole Kidman as Lili.
Posted by Amy Crehore at 3:44 PM No comments:

Girl on a Swing (Banksy Animated)

Thanks madebyabvh tumblr. I could look at this animated Banksy all day.
(follow link for more)
Posted by Amy Crehore at 5:51 PM No comments:

Photo of the Day 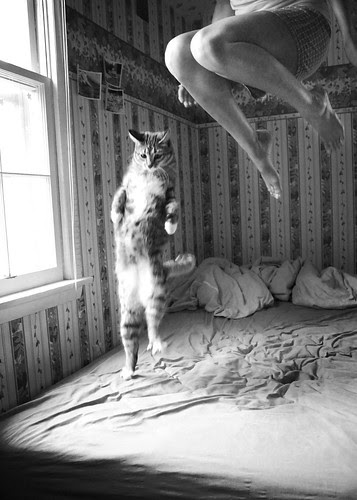 okay…, a photo by leslie m k on Flickr.

Cats love to jump on beds.This cat looks a lot like mine. Now why didn't I think of this? :)
(by leslie m k flickr acct., thank you)

My 3rd Essay for Boing Boing! by Amy Crehore 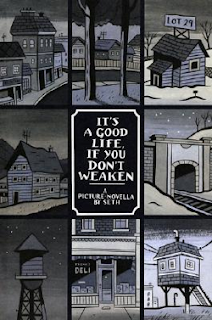 I wrote an essay about Seth's wonderful picture-novella
It's A Good Life, If You Don't Weaken
for the Boing Boing's series on Great Graphic Novels.
LINK
The Art of Amy Crehore
My other two essays for boingboing are about Joseph Cornell(Utopia Parkway) and Ghost World (the movie): LINK
Posted by Amy Crehore at 4:59 PM No comments:

Photo of the Day 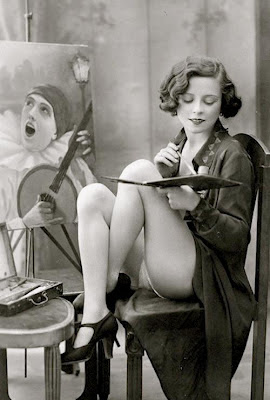 This seems familiar to me somehow. link
Posted by Amy Crehore at 12:10 PM No comments:

Artist Mark Demsteader did some wonderful portraits of actress Emma Watson. They were shown in a gallery in June 2011 where a portion of sales benefitted a charity for the education of girls in Africa. Story: LINK
Posted by Amy Crehore at 8:03 AM No comments: 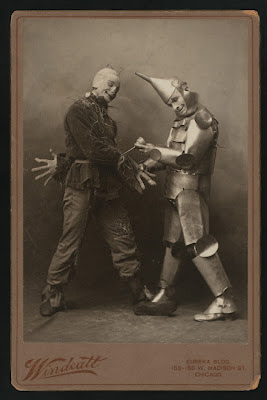 So beautiful. More images at Retronaut
Posted by Amy Crehore at 11:57 AM No comments: